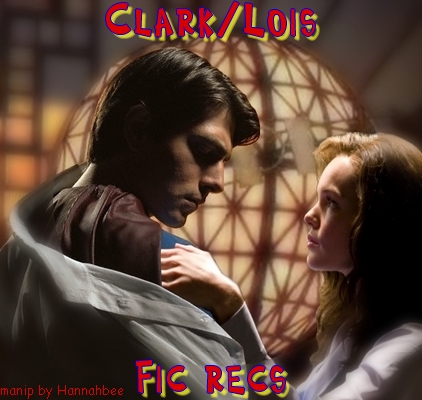 A Tale of the Multiverse: Blinding    by    Kala Lane-Kent     complete

On the eve of battle, the past and present of two different worlds combine to allow something extraordinary that may only be allowed to exist in a stolen moment. A second Tale of the Multiverse.

On the day that we shot down the alien scout ships skimming the Earth's surface, a sixteen-year-old Lois Lane's world changed forever.

Child; noun. A small, well-loved little thing with a bad habit of affixing two otherwise unassociated and/or disparate persons together indefinitely. At least, that was Lois Lane's current definition of the word.

Illuminated: A Tale of the Multiverse    by    Kala Lane-Kent     complete

At what could be the end a world that lost its Superman, a dangerous chance brings hope in the form of a Superman from a world where he lost his Lois.

Follow Martha Kent in the months and years following her son's departure, and the interesting discovery she makes while Clark's away. Set in the Superman Returns universe, but before Superman returns. One shot.

No Krypton, superheroes, supervillains, or Superman. But there is a Lois and Clark.

Lois always knew they'd slip up sometime. She just never thought it would be because of a wardrobe malfunction.

Set after the events of SII, Lois Lane's memories return, leaving her to struggle alone with secrets now reveal, as well as two little secrets she never imagined. Life moves on. But when Superman reappears on Earth, can they repair what they've lost?

Lois asks Clark to watch Jason while she and Richard attend a gala. While the parents, at least one anyway, are away, the child and superhero will play.

Lois slowly remembers details about the time that was erased. When she remembers it all, how will she react?

She drives by his apartment she doesn't know why, except that she was eating a hotdog at the stand outside of the Planet and suddenly she had to know where he lived, where he slept, where he ate his dinners.

Everything Light and Good    by  LostNSpace     complete

Armed with an interview assignment, a reluctant Lois finds herself truly alone with Superman for the first time since he discovered the bittersweet secret they share.

Love Will Come Through    by  thedeadparrot     complete

In which Lois falls in and out of love. Post Superman Returns.

Right Before Your Eyes    by  Darth Stitch     complete

Richard White has always felt a sense of disquiet around Clark Kent. Part 4 of The Little Things Series.

Jason�s unfortunate day leads to an unexpected meeting with his favorite superhero.

After all, what can a father do but baby-sit sometimes?

Sequel to The Little Things. Lois Lane reflects about the little things on her son, a certain Big Blue Boy Scout and a certain Mild Mannered Reporter.

Sometimes, Clark wishes he weren't so darn good at being invisible. Part 3 of The Little Things Series story arc.

Richard had seen those eyes before...

If Wishes Were Horses    by  Alamo Girl     complete

It's nearing Valentine's Day, and Lois and Clark find themselves in a "compromising" position while investigating a drug syndicate linked to highstakes horse racing.

Set seven months after Superman Returns, Clark and Lois seek each other out as work and life stresses get to them, finding solace with each other late one night at the Daily Planet. Slightly AU, romantic, and angst ridden. Brief one-shot.